Friends……. Thanks a lot for visit earnmoneyfx.com

This article earnmoneyfx.com research team try to cover one of the most uses indicators
various types of entry-exit strategy.

What is the Bollinger Band?

Please note, Bollinger Band (20,2) is built-in the setup by Jhon Bollinger. But it’s not
mandatory to set up by build. You can change as your choice. But one thing you have to
know that most of the trader setup Bollinger Brand as a build-in thus its show buy or signal
similarly most of the trader. If you want to change the build-in setup, at first you have to specialists
in Bollinger Brand strategies. Otherwise more chance to hit stop loss. It will be best if you
with the crowd.

As per John Bollinger suggestion,

How to set up Bollinger Band in Metatrader4:

Metatrader4 looks of Bollinger Band as below

We can use various types of entry-exit strategies with the Bollinger band.

Are you ready to explore all…….!

Just wait a second. Below information is very very important if you want to trade with
Bollinger Band entry exit strategy.

In Currency, Commodity and Stock market price can up and down for many
reason.

When pricing up to and down aggressively then Bollinger Upper Band and Bollinger
Lower Band creates distance too far.

When price up to and down slowly within a rang then Bollinger Upper Band and
Bollinger Lower Brand comes near each other which calls SQUEEZE.

Remember, When squeeze created thereafter a great chance for BREAK OUT or
BREAK DOWN.

So we can idea about break out or break down by Bollinger Band previously.

As above image point number – 1, we see prices are DOWN TREND. Also, price goes down
with or close below Lower Bollinger Band.

Image point number – 2, Pin bar candlesticks created in a downtrend. That means the downtrend will end. But we don’t buy at this moment. We have to wait. If the price wants to complete
downtrend its must breakout the middle band of the Bollinger band.

Image point number – 3, YAH……. Price wants to complete a downtrend. Its created
Bollinger Middle Brand break out candlesticks where price close above middle brand. Don’t
hurry, Till now we will not buy.

Image point number – 4, Sideways above middle brand that means bulls are still in
control. Though bears are trying to take control. It was BULL and BEAR fight time. Till now
we do not buy. We have to wait who will win…… BULL or BEAR. Also, we draw a trend line.

Image point number – 9, Conservative or aggressive traders place their take profit level
on the near swing high or 1: 2 or 1 : 3 risk-reward ratio.

Image point number – 2, First top are created. Few candlesticks try to break the first top but
fail. When price cross below Bollinger Middle Band then we sure that it’s first top.

Image point number – 3, Thereafter a bottom has created which cross Bollinger Lower
Band and failure to the previous low. When price close above Bollinger Lower Band and
Bollinger Middle Brand then we will assure about our bottom.

Image point number – 4, Now we are waiting for another top (First top higher or lower
whatever no matter). Here second top created. Though Bulls try to break this top but
fail.

Image point number – 9, Conservative or aggressive place their take profit level on near
swing low or 1 : 2 or 1 : 3 risk-reward ratio. 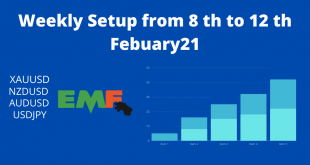